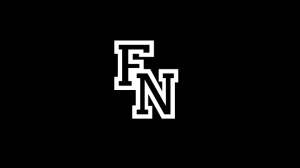 The dark side of Black fatherhood

Every night, we put food in front of my 5 year-old daughter and every night, she takes somewhere between an hour and a half to two hours to eat it.  This is a process that involves begging, cajoling, bribery, threats, and eventual bargaining all buoyed by mutual dishonesty.

“If you don’t eat, no dessert”

“Fine, then you leave the table and go straight to bed.”

“We’re not leaving this table until you eat that food.”

It’s a battle of wills and wits that’s threatening to tear our family apart.  I mean, it’s not like we’re asking her to do something that her body literally requires from her daily in order to survive.  All we want her to do is sit at the table and ingest this all-natural, organic, locally sourced, and sustainably delivered food that we worked like some dogs to put on the damn table.

But she doesn’t get it because, well, she’s five and she wants something else and is willing employ falsehoods to get out of doing what she’s supposed to do in a vain attempt to do something else she’d rather do.  And as parents, that’s where we have to step in and remind our daughter that, besides the fact that her body requires food as fuel, lying is wrong and it won’t be tolerated.

Understanding and teaching why honesty is a virtue is one of the bedrock tasks of parenthood.  We get tested at mealtime, but there’s also the question of brushing teeth, taking naps, and washing hands.  Making sure that there’s honesty around simple tasks builds up the practice to help guarantee that what this child tells us she did is a thing she actually did so when we ask more complex questions about what she may have learned at school or what someone else said to her, we’re getting the best and most truthful answer we can get.

We’re not just doing this for our own sake either, the veneer of honesty and the full faith and credit attached to one’s word is paramount to the functioning of our civil society.  We swear oaths, we sign documents, we make purchases, and conduct complex personal transactions that are predicated on the belief that the person with whom you are dealing is acting in good faith.  For Black folks especially, phrases like, “word is bond” carry a level of interpersonal credence that speaks volumes more than a credit score might attest.

As parents of Black and brown children, it’s incumbent upon us to make sure that, in a world where race may be an extenuating factor in determining qualification, our kids aren’t disqualified simply because they aren’t credible.  As parents of girls, we have to make sure they have a voice that they’re comfortable enough with to speak uncomfortable truths in times when their silence may be an act of complicit dishonesty that furthers the agendas of others.  Combined, raising Black girls to become Black women requires an adherence to core values of truthfulness that aren’t as much about virtue as they are about survival.  As we learned from Tawana Brawley and Anita Hill, no matter where the evidence may net out in the end, Black women are consistently confronted with doubt when they make assertions of abuse against people in power.

Honesty is the first line of defense in the battle against assaults on your personhood.  The equity you create with your words and subsequent deeds are your credit.  Who you are and what you be are intrinsically linked in the assessment of the value of what it is you say and how seriously it’s taken.

That’s what we have to teach our children.

That’s the battle we’re fighting at the dinner table and beyond.

And that’s being undermined by the current power dynamic that’s governing our country.

In the era of Trump and Trumpism, we’ve moved from honesty and truthfulness being a necessary virtue to establish moral authority to those same traits become disposable pieces to craft counterintuitive narratives of subterfuge to substantiate power.

These muhfuckas is lying and they don’t give no damns about the consequences of their lies so long as it preserves their view of the social order.

We are now living in the era of White Male Fraudulence and it poses a real and existential threat to our way of life.  We’re faced with a cabal of old and scared white men who may have once been actual conservatives that have now conflated the pursuit of power with the outcomes of power as if they are one and the same.

I’m asking my kid to do and be a thing that she’s actively seeing undermined every night on the news.  I’m asking my kid to be honest with me about her actions and her intentions while our current government and political system is on the news telling her that there’s no more virtue in honesty.  Donald Trump is President not because he told uncomfortable or unassailable truths, but instead because he told the most convenient lies.

The lesson that my children will eventually learn is that, no matter who you are or what it is you claim to do, white men are, will, and continue to be dominant in our country’s positions of power because their lies work.

So when I’m telling my kid that it’s time to eat and she’s trying to sell me bullshit on why she ain’t gonna eat, I’m complicit in the hypocrisy of seeking rational honesty in a world where the purveyors of power are rewriting the rules to cynically favor their own designs.

Or, put simply, I may be actively harming my own children by holding them to an obsolete standard.  My daughters might be disadvantaged not just because they are Black or because they are female, but because they seek virtue in honesty and traffic in truth in a world where bullshit is the new gold standard.

The disintegration of the American idea; truth, justice, and the American Way, once sacrosanct is now the burning fodder for my daughter’s excuses for why she can’t eat zucchini.  How can I expect those who are most impressionable to not be nudged into a cynical future?

Someone on the left said (of Trump in relation to Clinton); we could afford to lose an election but we couldn’t afford to lose our values.  Let them explain to my daughters what happened to the world where word was bond.